The history of kettlebells is said to go back to gladiators training with them in ancient Roman times; the monks of the Shaolin Temple used granite padlocks – like a rectangular kettlebell – in their training. Kettlebells certainly have a rich history in Russia, where they have been used for centuries by strongmen, the military and athletes with much success. The first written record of a kettlebell is found in the 1704 edition of a Russian dictionary.

The kettlebell is believed to have been used originally as a counterweight in Russian markets, similar to ring-weights, also used extensively by strongmen around the world. Russian strongmen were called ‘girevik’, derived from ‘giriya’, the Russian word for kettlebell. Kettlebells featured prominently in rural festivals, and competitions involving lifting and throwing took place at many country fairs in Russia. Tsarist Russia stated that the kettlebell was the ‘conditioning tool of the masses’, and its use in training was widespread throughout Russia.

By the early 1900s this training method had moved to Europe – AND the USA. Few seem to be aware that the Milo Barbell Company, established in 1902 by Alan Calvert, patented his design for the Milo “Triplex” Kettlebell, and manufactured it, in America in 1919. American and European strongmen used kettlebells in their training, and many photographs of the famous names in the sport at the time show these men with kettlebells. Sig Klein, whose famous gym was in Times Square, wrote a book on kettlebell workouts, and his gym was well stocked with them.

Until 2000, kettlebells were not commonly used outside of the strongman community. With the end of the Cold War, friendlier relations between the US and Soviet Russia led the US military and law enforcement agencies to introduce kettlebell training to their elite units. The former Soviet Special Forces instructor, Pavel Tsatsouline, contracts to them, and has been instrumental in popularising kettlebell workouts that are now appearing in gyms worldwide.

What is it about kettlebell routines that has seen them emerge centuries on as an effective workout for people from all walks of life?

The shape of the kettlebell has much to do with this. Like a cannonball with a handle, kettlebells cannot be lifted like an ordinary dumbbell. They are instead used in swinging movements as well as press and pull exercises. Because the handle of the kettlebell, as it moves, displaces the weight from the hand, the stabilising muscles in the abdomen, legs and hips are required.

Kettlebells exercise the whole body, and need full body integration and core stabilization. Because we do not move in isolated movements in real life, exercises that train the body to function as we do in everyday movement provide a more beneficial workout.

For a long time it was believed that training had to be specific to what you were trying to achieve, thus if you wanted to run faster, you would practice running. With the advent of cross-training, a more integrated approach has been introduced. This however has meant doing two or three different types of exercise.

Because kettlebells exercise your whole body, the carry-over effect is excellent. A study by Voropayev, conducted in 1983, demonstrated this by studying two groups of students. One group took part in a typical university physical education program, the other ONLY trained with kettlebells. The standard tests performed on both groups were pull-ups, a standing broad jump, a 100 meter sprint and a 1 kilometer run, all of which were part of the physical education program one group took part in. The group using only kettlebell training scored better in every exercise – even though they had not practiced for those exercises.

Kettlebell training has become popular with the ‘masses’ for a number of reasons. The efficacy of the workouts mean that 20 minutes three times a week will produce results other workouts of similar duration simply cannot. Because all you need is a kettlebell, with the correct instruction, kettlebell routines can be done at home. One benefit that appeals to many people is that you can build strength and tone muscles with kettlebells, without building bulk.

Considered by some to be ‘old-school’, kettlebells have remained popular with strongmen and weightlifters for years. With kettlebells, it would seem that the older, simpler methods are indeed better.

This Simple Kettlebell Workout Quickly Gets You In Shape 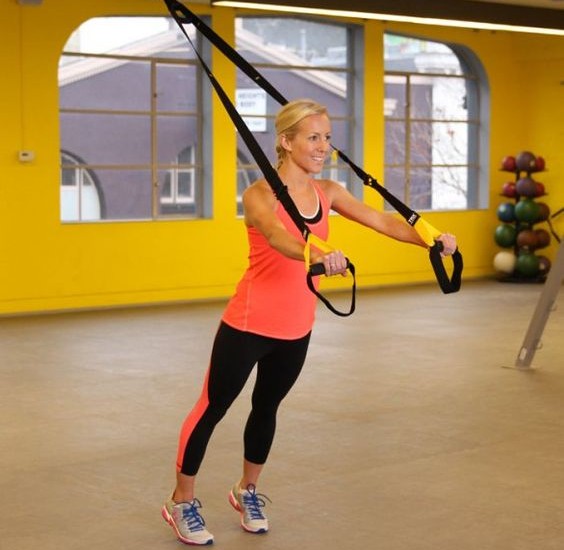 The Benefits of Cardio Exercise