Hamstring strain injuries can be a challenge for athletes and clinicians due to their high incidence rate, slow healing and persistent symptoms. Such injuries are common in sports that involve sprinting – such as soccer, track, rugby and football, and also in sports involving end range ballistic movements such as martial arts.

The average number of days lost due to a hamstring strain typically ranges from 8 to 25 days depending on the location and severity of the injury. Unfortunately there is a high risk of re-injury during the initial 2 weeks once sports participation resumes. The authors suggest that this is often due to an inadequate rehabilitation program, a premature return to sports, or a combination of both.

The age of the individual and a prior history of a hamstring strain have been consistently identified as injury risk factors which are non-modifiable. Modifiable risk factors include hamstring weakness, fatigue, poor flexibility and strength imbalance (hamstring vs. quadriceps or eccentric vs. concentric) and coordination deficits of the trunk and pelvic muscles.

The purposes of the clinical commentary reviewed here were:

1. To describe the diagnostic examination of the acute hamstring strain injury with emphasis on tests and measures that have prognostic value;
2. To present a comprehensive rehabilitation guide based on existing evidence aimed at minimizing both the convalescent timeframe and risk of re-injury, and
3. To suggest future directions for research into injury mechanisms and recovery with the goal of developing improved prevention and greater individualized rehabilitation programs.

• Mechanism of Injury: High speed running is the most common specific hamstring injury. Sudden eccentric loading (as when following through after kicking a ball in soccer or in martial arts, for example) is also a common mechanism.
• Due to a high rate of recurrence patients may report a previous injury. Further, the injury may occur in a “familiar” spot or adjacent to a previous injury location.
• Most patients experiencing an audible “pop” at the time of injury which is associated with immediate pain, often involving the proximal tendon. They are often unable to continue activity due to pain (1)
• Patients may have difficulty walking or running, or may report pain when sitting if the damage is more proximal.

• Injuries involving an intramuscular tendon or aponeurosis and adjacent muscle fibers (ex. biceps femoris during high speed training) typically require a shorter rehabilitation timeframe than those involving a proximal, free tendon (ex. semimembranosus tendon strain during dancing and kicking).
• Injuries consisting of partial or complete ruptures typically result from extreme and forceful hip flexion and often require surgery with extensive rehabilitation.
• It should be noted that actual rehabilitation duration has been shown to be as predictable from clinical test combinations as from measures of injury severity obtained from an MRI.
• As injuries move more proximal toward the ischial tuberosity and/or involve increased length and cross-sectional area – the timeframe of treatment and rehabilitation extends.
• There appears to be no relationship between the initial evaluation and the ability to estimate risk of injury recurrence. Injuries that present as more severe based on physical findings or MR imaging findings do not have a greater rate of re-injury.

• The main purpose of the examination, after a careful history, should be to identify the exact location of the hamstring strain and assess resulting dysfunction
• Strength assessment of the hamstring muscles is recommended through manual resistance applied about the knee and hip. It is important to note that pain provocation with strength testing is as relevant a finding as weakness and that bilateral comparison should also be performed with each measure. It is important that due to variable musculo-tendon length that occurs during different amounts of hip and knee flexion. Therefore multiple test positions need to be performed to assess isometric strength and pain provocation (ex. 15 and 90° resistance with the hip stabilized at 0° extension).
• Range of motion in the acute phase is often limited due to pain and may not provide an accurate assessment of muscle extensibility. Typical hamstring length should allow the hip to flex 80° during the passive straight leg raise and the knee to extend to 20° on the active knee extension test.
• Palpation to determine the location of the point of maximum pain (relative to the ischial tuberosity) is associated with the timeframe of recovery. The more proximal the site of maximum pain indicates the greater time to return to pre-injury level (2). It is also necessary to determine specific region (pain provocation) and the presence/absence of a palpable defect in the muscle-tendon unit.
• Adverse neural tension also has implications with posterior thigh pain and is assessed with an active slump test. A positive finding suggests a more proximal contribution and is often associated with individuals who have sustained recurrent hamstring injuries (due to residual inflammation and scarring). Consideration should also be given to neural involvement in the absence of a mechanism of injury.
• Imaging: Recent MRI studies of acute grade I and II hamstring strain injuries have indicated that abnormalities (ex. edema) can confirm the presence and severity of injury and assist with providing an estimated time of recovery but are not able to predict at risk for re-injury individuals. MR imaging is considered to be superior over ultrasonography for deep portions of the muscles for previous injuries due to residual scarring, increased sensitivity in measuring the size of injury and identifying subtle edema.
Prognosis & Rehabilitation:
• Several factors should be considered that likely contribute to the high rate of re-injury in the hamstrings:

(1) persistent weakness in the injured muscle,
(2) reduced extensibility of the musculotendon unit due to residual scar tissue, and
(3) adaptive changes in the biomechanics and motor patterns of sporting movements following the original injury.

• Research continues to show that the risk of re-injury can be minimized by utilizing rehabilitation strategies that incorporate neuromuscular control exercises and eccentric strength training, combined with objective measures to assess muscle-tendon recovery and readiness to return to sport.
• Eccentric strength training is appropriate due to its effect on remodeling damaged muscle-tendon tissue and resetting the length-tension relationship to a more appropriate level – scar tissue is stiffer than the contractile tissue it replaces, and thus alters muscle contraction mechanics.
• Neuromuscular control of the lumbopelvic region is also necessary to enable optimal function of the hamstrings during normal sports activities – therefore clinicians are encouraged to assess and prescribe exercise to enhance core stability and muscular coordination.
• Another neuromuscular factor to consider is that the use of early mobilization limits the residual adverse effects of scar tissue formed early in the remodeling process. Early mobilization has been shown to promote collagen penetration and orientation of the regenerating muscle fibers through the scar tissue, as well as recapillarization of the injured area.
• If neural tension is noted on examination – nerve “flossing” or mobilization techniques could be employed.
• Evidence to support additional interventions such as electrotherapeutics and massage therapy is inconclusive at this time.

It is important to remember that injury location in the hamstring group can help predict length of treatment and rehabilitation. Specifically, the closer the injury is to the ischial tuberosity, and the greater the size of the injured area, the longer the rehab. Due to a high incidence of hamstring strain injuries involving multiple sports and activities the authors of this commentary advocate developing improved injury prevention techniques. There is some evidence to suggest improving hamstring flexibility and strength may be useful, but unfortunately there have been no conclusive findings to suggest a reduction in injuries with these strategies.

That being said, the incorporation of eccentric hamstring exercises with routine training has been found to substantially reduce the frequency of injuries to the hamstring. Previous literature suggests that when there is an imbalance (>20% side-to-side deficit) between eccentric hamstrings and concentric quadriceps strength during isokinetic testing there is a 4-fold increase in risk ratio of hamstring injury. An insufficient eccentric capacity of the hamstring muscles to offset the concentric action of the quadriceps during the terminal swing phase or gait/running is thought to result in this increased injury risk (3). There is also evidence that eccentric training can result in a shift in peak force development to longer muscle lengths. As always, clinicians should be cautious when implementing an eccentric training program due to delayed onset of muscle soreness which may influence patient compliance. Progressive loading and intensity is therefore recommended.

Another important consideration for injury rehabilitation is neuromuscular control exercises (e.g. high knee marching, quick-support running drills, forward-falling running drills and explosive starts) which target the lower extremities and lumbopelvic region and are considered by the authors to be emphasized in hamstring injury prevention programs. These could be used in addition to other common core stability exercises (planks, glute bridges etc.). See below for the author’s rehab guidelines discussed in this paper.

The review provides a systematic detailed guideline for rehabilitation of grade I and II hamstring strain injuries based on current available best evidence. Phase one consists of protection, Ice, NSAIDS and therapeutic exercises. Progression to phase II occurs when:

Phase II consists of utilizing similar guidelines as phase I with emphasis on full range of motion, ice after exercise, discontinuation of NSAIDS and therapeutic exercises with the emphasis on neuromuscular control, agility drills and trunk stabilization. The use of anaerobic training and sports skills are initiated with care to avoid endrange lengthening of the hamstrings and substantial eccentric work. The progression criteria are

(1) full strength 5/5 MMT without pain during a 1-repetition maximum effort isometric MMT in prone with the knee flexed at 90 degrees and
(2) forward and backward jogging at 50% maximum speed without pain.

Phase III allows unrestricted full range of motion, icing after exercise and therapeutic exercise. The emphasis is on agility, progressive sports-specific drills and eccentric loading and quick change in postures. The criterion for return-to-sport remains challenging and requires further research. The guidelines emphasize strength assessment, full range of motion and functional abilities without pain or stiffness. Functional ability should now be at full intensity and speed near maximum.

Do You Need to Stretch Before Working Out? 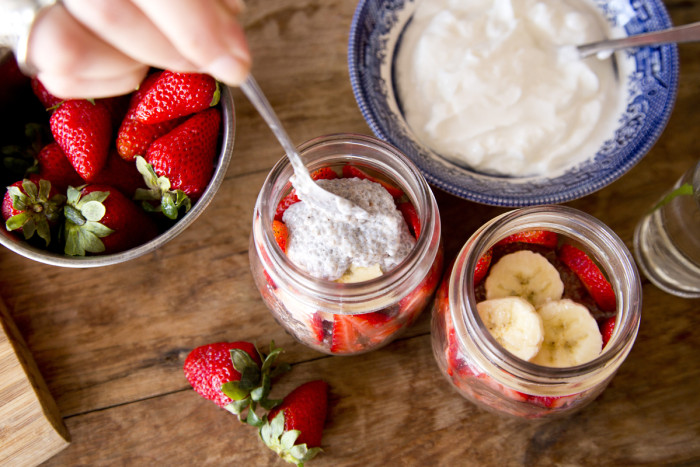 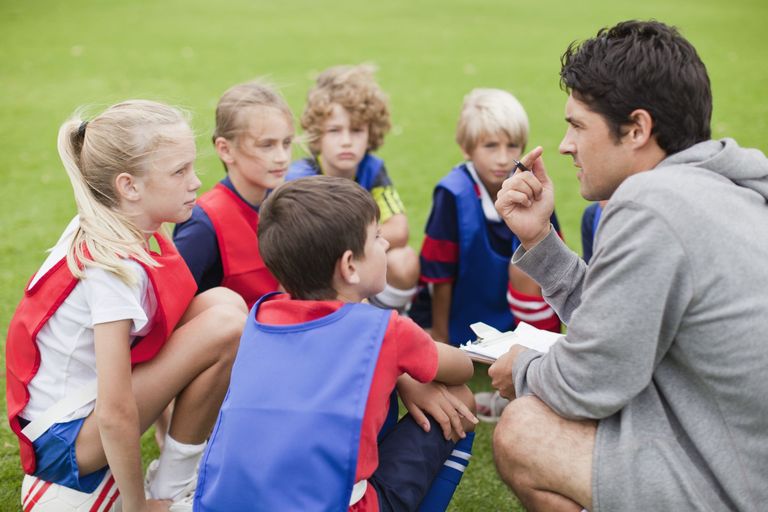 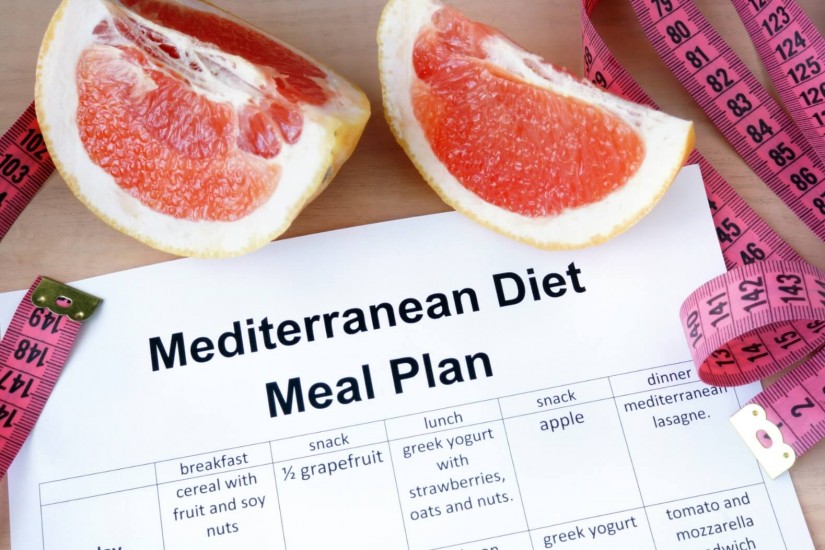