Last year, the National Cancer Institute, estimated having 240,890 new cases of prostate cancer in the United States. There was also, 33,720 deaths reported from prostate cancer.

The prostate issue came to light recently when I read about the Canadian Movember Foundation. Last year, this charity raised a total of $22.3 million for prostate cancer. The clever name came from asking men to grow mustaches during the month of November, to bring about awareness to this men’s issue. The Movember title makes more sense once I tell you that mustache is spelled moustache in french. This appeared to be a great way to get the entire country involved. I even saw some women wearing fake handlebars for the cause.

Wouldn’t it be great if we could come up with something like that here in the U.S.?

Well, there is this organization called, The Prostate Cancer Foundation, who’s certainly done their part. Though it’s not as grassroots as the Canadian version, they have invested more than $16.5 million in Young Investigator grants, since 2007. These grants are given to up-and-coming researchers who are focusing their careers in prostate cancer research.

What is a prostate and what does it do?

Chronic Prostatitis: This infection keeps coming back but a bit more milder than the acute version. Antibiotic drugs will only work, if bacteria is the cause. Often time, the condition clears up by itself.

Benign Prostatic Hyperplasia (BPH): A common condition in older men, it’s the term used for an enlarge prostate This is the reason for experiencing difficulty in urinating.

Prostate Cancer: We’ve all heard of this cancer. It’s one of the most common types of cancer among men. There are various ways to eradicate this; but treatment is more effective if found early. That leads me into the next category.

Four Ways to Check your Prostate

1) Digital Rectal Exam: This examination is done for men to check for growth or enlargement of their prostate gland. The doctor gently puts a gloved finger in the rectum to feel for tenderness or bumps. Some patients will have pain or discomfort when the doctor presses on the gland to feel for problems.

2) Prostate Specific Antigen: The PSA test is done to check the level of prostate specific antigen, which occurs naturally in the prostate gland. This is a blood sample to determine whether further testing needs to be done. Since malignant tumors grow at an extremely slow pace, it’s important to do this test annually. A rise of.75 percent or more can be an indicator that cancer is present.

3) Prostate Ultrasound: An image is taken with a thin ultrasound probe, inserted a short distance into the rectum. This probe detects and measures information by emitting high-frequency sound waves.

4) Prostate Biopsy: This procedure usually comes after a DRE or PSA test has been done. A biopsy on the prostate is performed to check if the lump found on the gland is cancerous. Tissue samples are taken with a thin needle, inserted into the rectum, and examined for cancer.

Since there is no definitive symptoms of early prostate cancer, you may want to get checked out by your doctor, if you exhibit some of these following symptoms: *A frequent need to urinate at night. * An inability to urinate standing up. *Blood in urine or semen. *Some difficulty to urinate. *A painful sensation during urination. These are just some of the more obvious symptoms.

The Importance of Regular Prostate Checkups 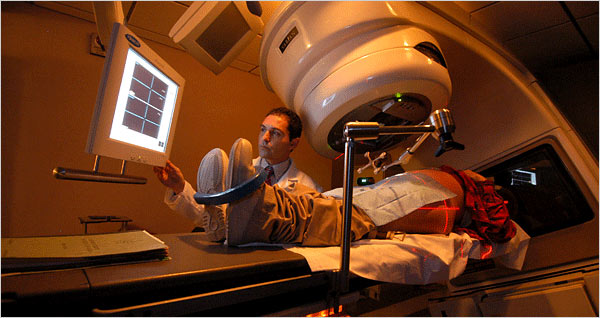 Diet Fitness – You Really Are What You Eat