It’s easy to understand why John Friend highly recommends the book Yoga Body: The Origins of Modern Posture Yoga “for all sincere students of yoga.” Because, Mark Singleton’s thesis is a well researched expose of how modern hatha yoga, or “posture practice,” as he terms it, has changed within and after the practice left India.

But the book is mainly about how yoga transformed in India itself in the last 150 years. How yoga’s main, modern proponents-T. Krishnamacharya and his students, K. Patttabhi Jois and B. K. S. Iyengar-mixed their homegrown hatha yoga practices with European gymnastics.

This was how many Indian yogis coped with modernity: Rather than remaining in the caves of the Himalayas, they moved to the city and embraced the oncoming European cultural trends. They especially embraced its more “esoteric forms of gymnastics,” including the influential Swedish techniques of Ling (1766-1839).

Singleton uses the word yoga as a homonym to explain the main goal of his thesis. That is, he emphasizes that the word yoga has multiple meanings, depending on who uses the term.

This emphasis is in itself a worthy enterprise for students of everything yoga; to comprehend and accept that your yoga may not be the same kind of yoga as my yoga. Simply, that there are many paths of yoga.

In that regard, John Friend is absolutely right: this is by far the most comprehensive study of the culture and history of the influential yoga lineage that runs from T. Krishnamacharya’s humid and hot palace studio in Mysore to Bikram’s artificially heated studio in Hollywood.

Singleton’s study on “postural yoga” makes up the bulk of the book. But he also devotes some pages to outline the history of “traditional” yoga, from Patanjali to the Shaiva Tantrics who, based on much earlier yoga traditions, compiled the hatha yoga tradition in the middle ages and penned the famous yoga text books the Hatha Yoga Pradipika and the Geranda Samhita.

It is while doing these examinations that Singleton gets into water much hotter than a Bikram sweat. Thus I hesitate in giving Singleton a straight A for his otherwise excellent dissertation.

Singleton claims his project is solely the study of modern posture yoga. If he had stuck to that project alone, his book would have been great and received only accolades. But unfortunately, he commits the same blunder so many modern hatha yogis do.

All yoga styles are fine, these hatha yogis say. All homonyms are equally good and valid, they claim. Except that homonym, which the cultural relativist hatha yogis perceive as an arrogant version of yoga. Why? Because its adherents, the traditionalists, claim it is a deeper, more spiritual and traditional from of yoga.

This kind of ranking, thinks Singleton, is counterproductive and a waste of time.

Georg Feuerstein disagrees. Undoubtedly the most prolific and well-respected yoga scholar outside India today, he is one of those traditionalists who holds yoga to be an integral practice-a body, mind, spirit practice. So how does Feuerstein’s integral yoga homonym differ from the non-integral modern posture yoga homonym presented to us by Singleton?

Hence, while posture yoga primarily focuses on the physical body, on doing postures, integral yoga includes both the physical and the subtle body and involves a whole plethora of physical, mental and spiritual practices hardly ever practiced in any of today’s modern yoga studios.

I would not have bothered to bring all this up had it not been for the fact that Singleton mentioned Feuerstein in a critical light in his book’s “Concluding Reflections.” In other words, it is strategically important for Singleton to critique Feuerstein’s interpretation of yoga, a form of yoga which happens to pretty much coincide with my own.

Singleton writes: “For some, such as best-selling yoga scholar Georg Feuerstein, the modern fascination with postural yoga can only be a perversion of the authentic yoga of tradition.” Then Singleton quotes Feuerstein, who writes that when yoga reached Western shores it “was gradually stripped of its spiritual orientation and remodeled into fitness training.”

Then Singleton exclaims that Feuerstein’s assertions misses the “deeply spiritual orientation of some modern bodybuilding and women’s fitness training in the harmonial gymnastics tradition.”

While I think I am quite clear about what Feuerstein means by “deeply spiritual,” I am still not sure what Singleton means by it from just reading Yoga Body. And that makes an intelligent comparison difficult. Hence why did Singleton bring this up in his concluding arguments in a book devoted to physical postures? Surely to make a point.

Since he did make a point about it, I would like to respond.

For him, yoga is primarily a spiritual practice involving deep postures, deep study and deep meditation. Even though postures are an integral part of traditional yoga, enlightenment is possible even without the practice of posture yoga, indisputably proven by such sages as Ananda Mai Ma, Ramana Maharishi, Nisargadatta Maharaj, and others.

The broader question about the goal of yoga, from the point of view of traditional yoga is this: is it possible to attain enlightenment through the practice of fitness yoga alone? The answer: Not very easy. Not even likely. Not even by practicing the kind of fitness yoga Singleton claims is “spiritual.”

According to integral yoga, the body is the first and outer layer of the mind. Enlightenment, however, takes place in and beyond the fifth and innermost layer of the subtle body, or kosa, not in the physical body. Hence, from this particular perspective of yoga, fitness yoga has certain limits, simply because it cannot alone deliver the desired results.

Similarily, Feuerstein and all us other traditionalists (oh, those darn labels!) are simply saying that if your goal is enlightenment, then fitness yoga probably won’t do the trick. You can stand on your head and do power yoga from dawn to midnight, but you still won’t be enlightened.

Hence, they designed sitting yoga postures (padmasana, siddhasana, viirasana, etc) for such particular purposes. Indeed, they spent more time sitting still in meditation over moving about doing postures, as it was the sitting practices which induced the desired trance states of enlightenment, or Samadhi.

These are the kinds of layered insights and perspectives I sorely missed while reading Yoga Body. Hence his criticism of Feuerstein seems rather shallow and kneejerk.

Singleton’s sole focus on describing the physical practice and history of modern yoga is comprehensive, probably quite accurate, and rather impressive, but his insistence that there are “deeply spiritual” aspects of modern gymnastics and posture yoga misses an important point about yoga. Namely, that our bodies are only as spiritual as we are, from that space in our hearts, deep within and beyond the body.

Yoga Body thus misses a crucial point many of us have the right to claim, and without having to be criticized for being arrogant or mean-minded: that yoga is primarily a holistic practice, in which the physical body is seen as the first layer of a series of ascending and all-embracing layers of being-from body to mind to spirit. And that ultimately, even the body is the dwelling place of Spirit. In sum, the body is the sacred temple of Spirit.

And where does this yoga perspective hail from? According to Feuerstein, “It underlies the entire Tantric tradition, notably the schools of hatha yoga, which are an offshoot of Tantrism.”

In Tantra it is clearly understood that the human being is a three-tiered being-physical, mental and spiritual. Hence, the Tantrics very skillfully and carefully developed practices for all three levels of being.

From this ancient perspective, it is very gratifying to see how the more spiritual, all-embracing tantric and yogic practices such as hatha yoga, mantra meditation, breathing exercises, ayurveda, kirtan, and scriptural study are increasingly becoming integral features of many modern yoga studios.

So, to answer the question in the title of this article. Can we have both a limber physique and a sacred spirit while practicing yoga? Yes, of course we can. Yoga is not either/or. Yoga is yes/and. The more holistic our yoga practice becomes-that is, the more spiritual practice is added to our posture practice-the more these two seemingly opposite poles-the body and the spirit-will blend and unify. Unity was, after all, the goal of ancient Tantra.

Perhaps soon someone will write a book about this new, ever-growing homonym of global yoga? Mark Singleton’s Yoga Body is not such a book. But a book about this, shall we call it, neo-traditional, or holistic form of yoga would certainly be an interesting cultural exploration.

Exploring the Different Types of Yoga 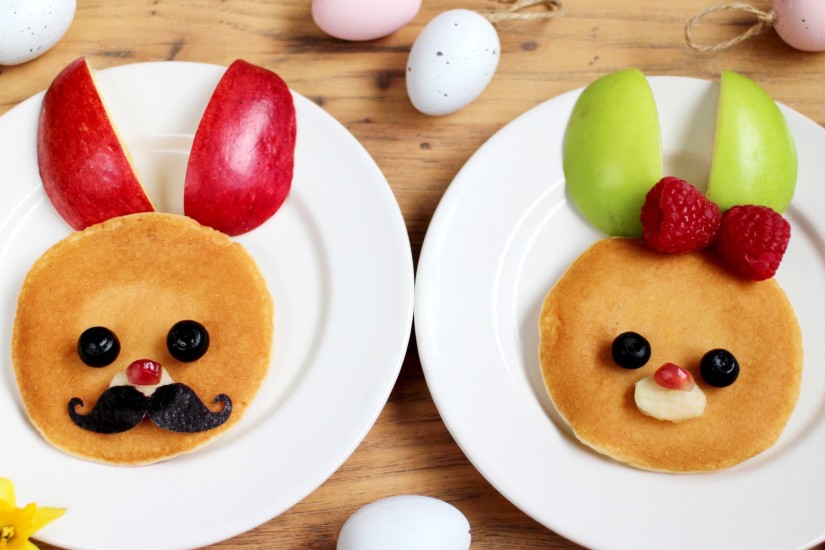 Healthy Recipes for Your Kids’ Breakfast 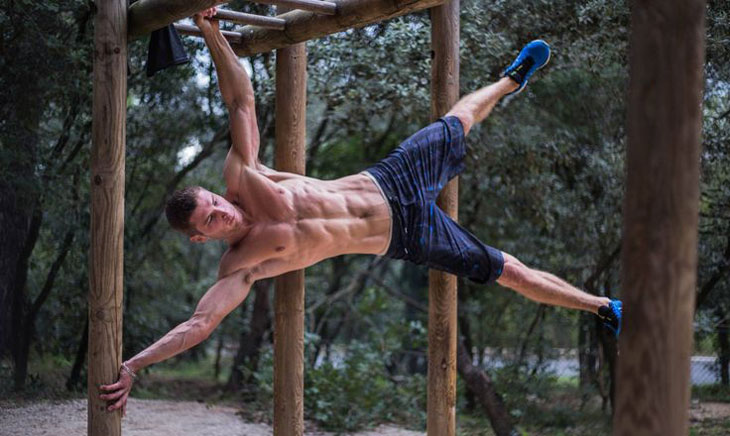 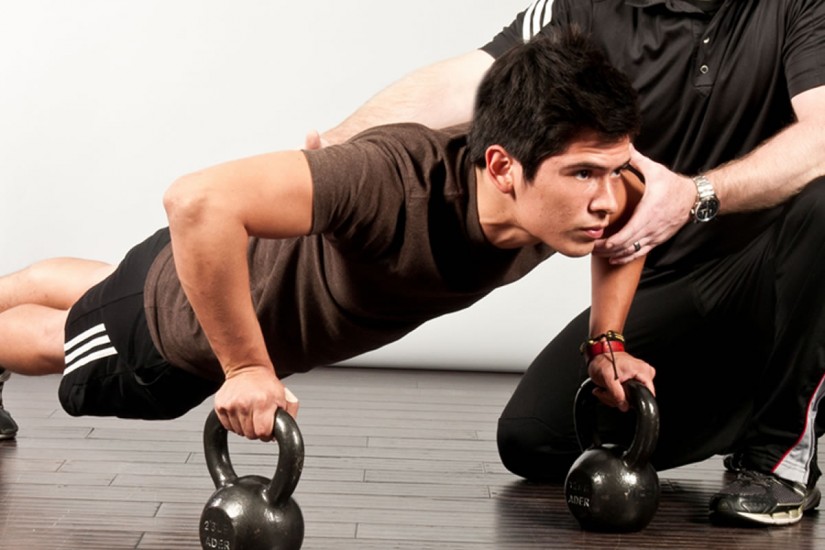